I'm sitting here with a million-dollar bill that I found in my toybox. Tried buying a bottle of Woodbridge  Vineyard's excellent pinot noir from our corner Arab with it but he gave me that funny curious look friends give each other and said he hadn't enough change in the till. 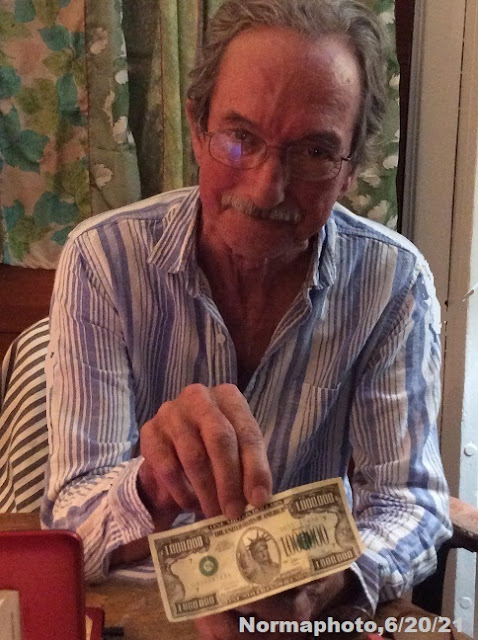 Now honestly, is this the face of someone who'd try and pull a fast one on a neighbor? A rhetorical question, one the reader is not obliged to answer. My friend and cashier just smiled and waited for a smaller denomination --a real $10 U.S. bill-- and bagged my bottle as I dropped my coin-change in his counter bowl, which goes to charity.
This brings us to "cryptocurrency", about which I know only what I can write in little: One bitcoin is divisible to eight decimal places (100 millionths of one bitcoin), and this smallest unit is referred to as a Satoshi.
The Satoshi is the smallest unit of the bitcoin cryptocurrency is named after Satoshi Nakamoto, the creator of the protocol used in blockchains and the bitcoin​.
The Satoshi is currently touted to equal almost a nickel, 4and1/2
cents, but unlike the  nickels we're used to --backed by the U.S. Government-- they are no more fungible than my phoney million dollar bill.
Plug nickels. A theory.
When a theory is the only one, it usually means I have misunderstood the theory or the problem --would appreciate apposite comments.
*********************************************
In response to Jenny_O's comment below, I have added some info+photo on the meaning and origin of the "Plug Nickel", which occupies the opposite end of the Hypnocurrent Spectrum. I'll explain it in my reply to her excellent comment: 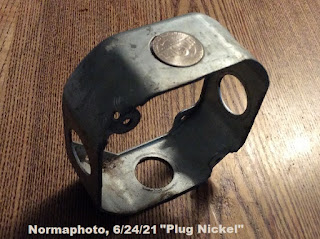