My First Ever Rant! 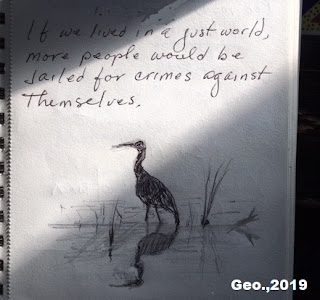 Today, I received the following comment on a prior post   (Why does Hercules etc.) and it got me thinking. I will show you its unclickable version which I, myself have sanitized. Lookie:

"Unknown Unsubscribe," to me: " Push me up against the wall and do dirty things to me. Click here and Check me out i am getting naked here:)."

It's an offer I've never gotten before, especially the "clicking" part. I mean, I click light switches on and off like everybody, and power tools. I even click my fingers when I like a musical rhythm, but I can't get myself that excited just by snapping my fingers. So I present it here as an enigma.

Then! Then, couple hours ago I got an email, purportedly from Google Plus, inviting me to request forms and other legal confustications regarding a class action lawsuit against Google for bugs. Bugs. I had bugs once and there are OTC products  available to rid oneself  and pets of them. Here's an excerpt:

Google operated the Google+ social media platform for consumers from June 2011 to April 2019. In 2018, Google announced that the Google+ platform had experienced software bugs between 2015 and 2018, which allowed app developers to access certain Google+ profile field information in an unintended manner. Plaintiffs Matthew Matic, Zak Harris, Charles Olson, and Eileen M. Pinkowski thereafter filed this lawsuit asserting various legal claims on behalf of a putative class of Google+ users who were allegedly harmed by the software bugs (“Class”). Google denies Plaintiffs’ allegations, denies any wrongdoing and any liability whatsoever, and believes that no Class Members, including the Plaintiffs, have sustained any damages or injuries due to the software bugs...

The suit demands recompense for Google users in the amount of Godawful gazillions of dollars, which divides out among users to between $5 and $12 each .  Even when I was young and raising 4 kids, I knew there were easier ways to earn 12 bucks. What's the point? Where there is no point, can there be an enigma?

Please comment. Ranting leaves me a bit unsettled.
Posted by Geo. at 6:10 PM