The Importance Of Being Organized

When I was a kid, my uncles took Grampa to a football game. I asked him what he thought of it.

This forever distinguished football from the other American sport, baseball, in which a ball is beaten into the sky with a club, and completed my education.  Life is simplified by good education. It is also simplified by simplification. Consider Quercus Suber, or Cork Oak. Cork Oak has a corky bark which is harvested for the manufacture of cork. Doesn't get simpler than that, but it is my heritage. As a result, I became a very simple mechanism.  One is nourished spiritually by ethnic tradition, and physically by whatever --Sopas, Linguica, Morcela and Chourico, which I believe are deviled barnacles-- things one is given, but the heart thrives on love.

Here is a picture of Norma reaching down to lovingly unfold my ear after it got inside out from sleeping wrong. She came to find out why I was barking. I was glad she did because I was in the wheelbarrow dreaming about Uncle Sam.

This is Uncle Sam: 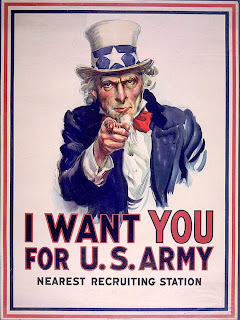 I've seen this poster all my life, especially in the 1960s, then in the '80s and '90s when my children had to register with the Selective Service System.  Uncle Sam always looked like he disapproved of me.  I preferred my real uncles, the ones who took Grampa to a football game.

The garden, he speaks French; I don't know why. But there is its slate, proclaiming it is permitted to take photographs, 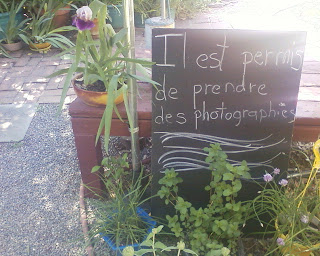 and the sprite in charge of the slate has underlined this permission heavily. I did not see her do it. She was out early and knows where I go to heal. 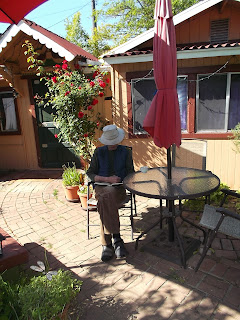 It is Saturday and I still recover from bodily trauma, metaphysical distress and waking up this morning tangled in a coat rack in contest for my vest --and the garden is a "he". I suppose it must be correct. The garden would know because gardens think. I too think, and know that and reflect no disturbance. It knows its place in the universe and, because I am in it, know mine. Where am I? 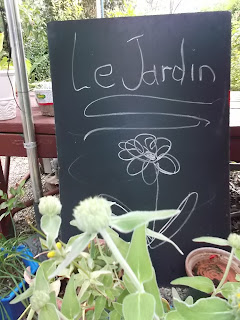 The brain is an irritable beast that itches with frustration, with a spiritual  agitation for which one cannot turn to churches --not even big powerful ones with Popes like Catholicism and Facebook-- because one lacks specifics. And, because religions are thick with worldly intrigue, we must sometimes disenthrall ourselves and turn, naked and alone,  to the moment. There are roses. They have names, like "Mr. Lincoln" and "Candelabra". 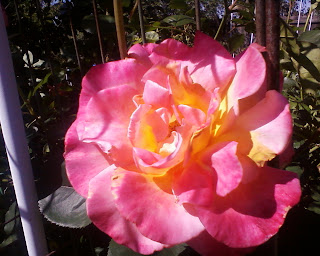 This one is called "Timothy Leary" because it causes admirers to wake up at '60s Unitarian LRY conferences handing out...I forget what, but it's why we keep it caged. We must maintain, in sobriety and alertness, our private thoughts. No matter what one's religion, what is finally sacred is the integrity of one's own mind. Here is an iris, which you may recognize by its plume and bearded falls as the "Gabby Hayes". 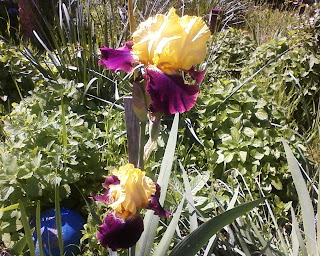 During upheavals and events of astonishing brutality, such as we hear of daily, the mind roams and soars in search of meaning. The garden is a good place to let it do that. For this reason I include a comprehensive view of it: 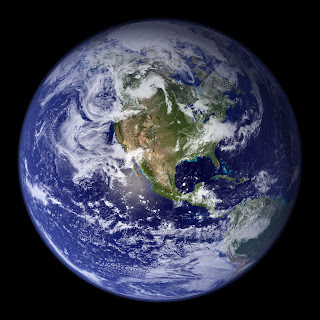 From a 1940s oater:
[Gabby checks his pocket watch]
It's half past.
Half past what?
I dunno - the little hand's broke off!

To which I can only add, tune in next time, Li'l Buckeroosh! 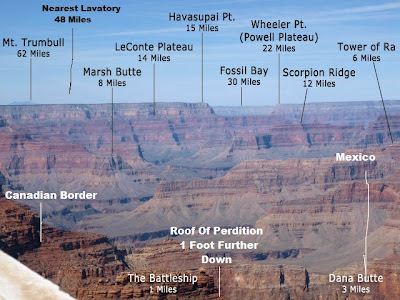 Holes are very useful. The universe began as a hole in nothing. People are built around holes too.

People take fuel into their upper holes and expel waste and exhaust out lower holes. This is done by gravity. Gravity is what permits people to live on a big ball of dirt in the universe and not fall off. The big ball is planet Earth, which also has some impressive holes in it. Pictured over this essay is a really big one, the Grand Canyon. The state of Arizona is located in it.

When people are little in this part of the world, they like to go outside and try to dig holes to China, just as British kids dig holes toward the Antipodes. My brother and I did that all the time. We would dig and dig and periodically stop to listen. My brother said if we could hear people speaking Chinese through the bottom of the hole, we were getting close. I used to wonder if Chinese kids were digging holes to America and if we could talk to them if our tunnels met. My brother thought language would present no insuperable problem; American is just Chinese upside down.

The Grand Canyon was dug by kids trying reach China. This caused problems when it lowered the Colorado River so many miles that water had to be pumped upward at great expense just so people could get a drink or flush a commode. When I was Lieutenant Governor of Arizona, I proposed legislation that would prohibit children from any further mass-excavations to China. The initiative never became law however, despite my best efforts as Lieutenant Governor, because Arizona has no such office.

Our discussion of holes going down really addresses only half the enigma. Attention must be given to other directions as well. Blog friend and excellent writer, Jon, at Lonestar Concerto, furnished a dramatic description of West Texas dust storms the other day and posted some awesome photos of them in progress over the high plains. My photo does not approach the fearsome umber cloud that awarded Lubbock, Texas the "Toughest Weather On Earth", but I have converted my stock picture of crumbling buttes into a conservative approximation. 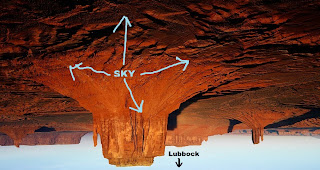 It is a matter of historical consensus that the first flight of a heavier-than-air craft took place at Kitty Hawk in 1903 but this is inaccurate.  Texas Ranger Thos. Lubbock achieved this distinction 20 years earlier by going outside in a dust storm with nothing more than a shovel and began digging upwards. Being a vigorous man, aided by gravity causing the dirt to simply fall away from his shovel, he achieved an altitude of several thousands of feet before the wind subsided. Fortunately, he was also quite resourceful and invented the parachute on his way down. There are some historical exploits that quite frankly cannot be exaggerated but I am unencumbered by facts here and this is not one of them.
Posted by Geo. at 1:58 PM 16 comments:

The Fortifications Of Sacramento

I find myself at one of life's recuperative interludes considering an unsettled world. There is enough to recuperate from right now without the added inconvenience of going deaf from sabre-rattling --and no help for it besides a survey of local defenses. In an effort to set my mind at ease, I have reviewed the fortifications of various places around the world and compared them to those of my city.

Here is a typical example. Castle Krásna Hôrka was built in the 1300s but, according to clippings in my commonplace book, was compromised slightly over a year ago:

BRATISLAVA (Reuters) - Police are investigating two boys on suspicion that they set grass at the foot of the Krasna Horka castle on fire on Saturday when they tried to light a cigarette. "A unit sent to the site found that two local boys aged 11 and 12 were trying to light up a cigarette and because of careless use of safety matches, set grass at the castle hill on fire," said Jana Mesarova, police spokeswoman for the eastern Slovak region of Kosice. "The castle's roof burned down completely, as well as the new exhibition in the gothic palace and the bell tower. Three bells melted."


We can excuse the designers their ignorance. In the 14th century, they could not know the destructive potential of two boys and a cigarette. In my notes, I see an aside asking if any other countries have explored this relatively inexpensive military strategy.

Our own state's capital was originally fortified. [Captain John Augustus] Sutter's Fort was begun in 1839 and covers one city block. He called it New Switzerland. 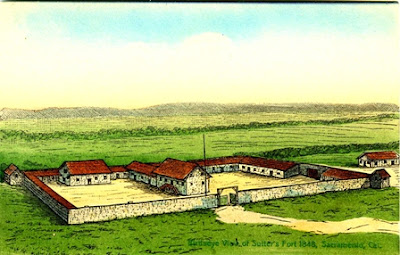 Then, what with the Gold Rush and one thing and another, the name was changed to Sacramento and it expanded to a busy city of 100 square miles, surrounded by a densely populated county ten times that size. My peaceful and therapeutic researches were shaken by an alarming realization. This city has outgrown its fortifications --perhaps irreversibly!

So I called upon my chief advisers  to study the situation and, although I could only get one to consult me at a time, they both dropped by yesterday. We drew plans and made high-level calculations. 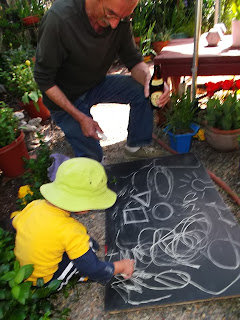 We decided it would be best, and least expensive, to lure any invading forces INTO Fort Sutter by piling treats within its walls, then bar the mighty doors behind them and not let them out until they learn to behave.