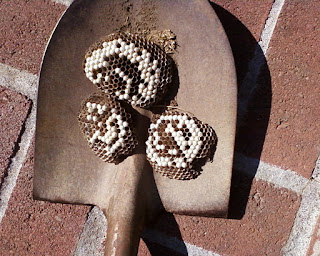 I figure if an essay goes three or four years without comment it is history, which as we all know, repeats itself. Today, Norma took her shovel to some artifacts of nanocivilization left in the eaves of our house by summer wasps. I will add the picture she took. I will also add a picture of Arizona, where the Clovis People were. It is a useful picture that came with this computer and I get a lot of use out of it. Sometimes it is Hamlet's castle. Sometimes it is sideways. This time it gets to be what it really is, Arizona. 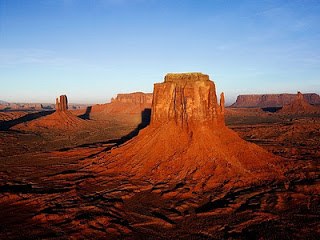 Archaeologists from Oregon are examining tiny diamond fragments in Arizona and forwarding an hypothesis that these "nanodiamonds" are coincidental with the disappearance of the Clovis People 13000 years ago. They think the nanodiamonds were formed under heat and pressure of a falling asteroid. This calamity transformed the landscape, the flora, fauna and Clovis People into what scientists call smithereens.

What an enigma! Nasa scientists raise the obvious question: where is the impact crater? Until it is found, and the process fully explained, I will hold to my own theory that these tiny diamonds were brought from elsewhere --most probably mined by nanoAfricans, imported by nanotycoons, sold in microscopic jewelry shops and discarded as humans got taller. Research into lost peoples sometimes follows signs left by lost economic systems. It would be prudent, given the current financial climate, to pursue this approach.

The most popular theory of where the Clovises went has to do with the overpopulation of their territory by nanosociety, which wintered upon them and itched terribly. This drove them not only back into the sea but caused them to evolve into invisibility. They were not, however, the only invisible culture.

The Goths were, despite being uncouth and disorganized barbarians, able to invade highly civilized and well-defended Rome in the 3rd, 4th AND 5th centuries. This routine was compromised however when invading forces were drafted from the west. These were Visigoths, who were just like Goths except you could see them. They were less than triumphant and replaced by eastern or Ostrogoths, who only thought they were invisible but were really just sticking their heads in sand and were easily overcome by the Roman tactic, funestus cuneus, or "deadly wedgie".

Clearly such anomalies may be approached scientifically with some success. Invisibility is hinted at in disciplines other than archaeology and economics. Psychology admits to the Fregoli Delusion. Sufferers believe everybody is really the same person in various disguises. In its chronic stage, this is known as religion. L'esprit de L'escalier, or "stairway wit", causes one to think of a snappy comeback to a remark only when it's too late --indisputably a form of invisibility. Prosopagnosia renders one unable to recognize the faces of others. All these maladies could account for mass disappearances. But are the objects of such disorders truly vanished?

I think we must return to the economic approach, the only one that penetrates the mystery to any useful depth. If we follow the trail of devalued coinage, carbonized remnants of paper currency, IOUs chiseled in stone, we learn visibility decreases in proportion to solvency. Throughout the ages, in matters of visibility, personal and national, you get what you pay for.
Posted by Geo. at 4:53 PM 5 comments: Links to this post

Response to my several installments into a projected lexicon of all human progress has been meager and encouraging --both, because I rather dislike progress; it usually turns into urban sprawl which my grampa died of. So I'd like to begin this segment with a salutation related to what Paul Tillich would call my posture toward existence: Happy Handwashing Day!

GHD was created by the Global Public-Private Partnership for Handwashing in 2008 to foster and support a global culture of handwashing with soap. The main thrust of this organization is stopping the spread of virus E.coli, which comes from shit. It is celebrated on October 15th. That's today.

According to Thursday's Guardian, UK researchers said 16% of British cell phones are contaminated by E.coli. The study by the London School of Hygiene and Tropical Medicine and Queen Mary, University of London, (not affiliated with the American School of Psychopathy and Sadism and the Bush Administration) also found Britons tend to lie about their personal hygiene. Dirty liars?

Perhaps, but I'm inclined dismiss emotional and unscientific summaries in favor of those drawn from careful observation. It is my conclusion that most public cell-phone E.coli contamination comes from proximity to users' brains.

When a forgotten memory returns without being recognized, it is sometimes believed to be new and original. It is a memory bias whereby a person may falsely recall generating a thought, an idea, a song, not deliberately engaging in plagiarism but rather experiencing a memory as if it were a new inspiration. Two quotations encountered in my reading today serve to illustrate:

"Anger so clouds the mind that it cannot perceive the truth." --Cato the Elder;

"Anger so clouds the mind that...what? You're kidding! Lemme see that. Oh shit, I give up." --Cato the Younger.

This sprightly little hiss of a word sometimes, once it gets in one's thoughts (like a stubborn thought, idea or song), intrudes itself even upon scholarly discussion --leaving the author to make do with less effective expletives (as in "Oh do-do! E. coli is a bacteria, not a virus").
Posted by Geo. at 2:16 PM 4 comments: Links to this post 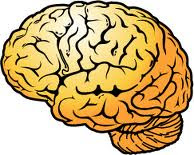 Recently, Luis Augusto Garcia Rosado, minister of tourism for the Mexican state of Campeche, said new evidence has emerged "of contact between the Mayans and extraterrestrials, supported by translations of certain codices, which the government has kept secure in underground vaults for some time."

He also spoke of "landing pads in the jungle that are 3,000 years old." Being of somewhat sensitive nature, I became immediately alert for fabulous beasts. I do not know if these codices acknowledge any. They might. Nor do I know what Sr. Rosado meant by "some time". His government must have secured these documents at some specific date, and I am told by mathematicians that one may subtract such a date from the current calendar and get a specific span. I have used this trick to find out how old I am (you can too, amaze your friends!).

One is left with two possibilities: no one thought to date materials in these vaults; no one has made up a date yet. Of the two possibilities, the former is least certain. Underground vaults are dark and it's hard to see what one ought to be writing. The date could be illegible. If there was a lot of cataloguing, repetition may have run to carelessness, much as most people's signatures have degenerated into lines of L's or M's. My own has been described as an ampersand convulsing into a squirrel. Second possibility puts us on firmer ground. It also directs us to our fabulous beast.

It actually does live in a vault, the cranial vault --very dark in there. I have included an artist's rendering of this beast (see above) --not because of any shortage of photographs but because artists' renderings of fabulous beasts are customary and more believable than photographs. This creature sits motionless, all huddled up alone with its parts tucked in. My guess is it's some kind of frog.

One might ask what it does in its cramped and unlit cell. Oh, it sometimes casually mentions 3000-year-old landing pads to stimulate tourism, but it does much more. It dreams, performs grand magic, loves, learns, calculates, plans and remembers. It transforms itself into whole worlds, travels the stars, makes wishes come true. One might also conclude, and rightly, that it is the prime fabulist from which all fabulous beasts spring.

There are those who will dismiss the prime fabulist as nonsense, who say there is no such creature. These people are called skeptics, and I can only suggest they get their heads examined. I'm a skeptic myself and that's how I found the thing.
Posted by Geo. at 4:20 PM 8 comments: Links to this post